CAN 2021--Goodbyes and Championship Pick

The time to bid adieu is once again upon us. Misty-eyed time. There's all the more reason to succumb to emotion whilst wrapping up this chapter.

As revealed this past summer, this particular tournament shall serve as the penultimate chapter in the now 20-year-journey that was our syndicate. Two decades of "Friends & Football" draw to a close.

Given how fickle the interests of our semi-evolved-simian brains can be, it counts as a legitimate miracle that we've managed to keep it going for so long. Those who know the bookie well can attest to the fact that (beyond "Friends & Football), his primary obsession in life remains "focus".

The art of losing oneself in a task stands as the only true way of suppressing the harsher and more austere aspects of consciousness. All humans have their way of coping with the world. The bookie was never much one for meditation or yoga. Prayer is easily the most useless mechanism we humans have invented.

Talking to oneself does nothing. It's pretty pathetic in point of fact.

As Kurt Vonnegut once put it, "reading and writing are the only true forms of meditation there are". German football coaching legend Christian Streich often notes that those two acts happen to be "the only means of entering an alternate space".

Since we're pulling out the quotes, we might as well address the sometimes brutally uncompromising personal style in which the syndicate has been written with a bit of James Baldwin. The trailblazing American author repeatedly emphasized that "One thinks that one's pain and heartache is unprecedented in the history of the world...and then one reads....and then one writes." 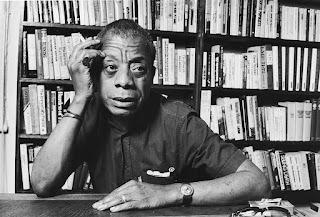 Another reason that the bookie kept the syndicate going for so long concerns the fact that there was always an -M (and possibly some -Fs) that found themselves in some sort of critical personal distress and turmoil. When it came time to reconnect with members in the lead-up to the tournament, the bookie invariably found someone desperately in need of the healing salve that is international football.

Rest assured that, even if these pages are going away, your friendly bookie will always be available for you come tournament time. We can still share in the all the splendor of the global game, relishing the colors, marveling in the beauty, and (of course) picking out the kits for the post-tournament "Schwag Packs".

No matter how bad things might seem, hang in there. A major football international is always right around the corner. The World Cup. The Women's World Cup and Euros. All the continental championships. We get Africa every two years! That last fact seems to have been lost on FIFA President Giovanni Infantino when he invoked the African Emigre Crisis to argue for the cash that a biennial World Cup would bring. 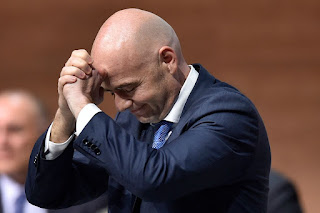 All of us already have AFCON, you dope! 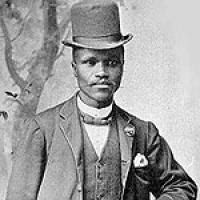 Even a hardcore atheist such as this one can't resist Santonga's "God Bless Africa" hymn. I'll proudly sing it in Xhosa "Nkosi Sikelel iAfrika" or Kiswahili "Mungu ibariki Afrika". Bring it on in Zulu, Sesotho, Shona, or Ndebele!

Okay. I'll also proudly belt it out in English. There may be no God, no Creator, no horseshit "Holy Spirit", or anything else looking out for us in this random, fragile, and wholly unfair thing known as existence. We still have the ability to create and share our passion-fueled creations with others. 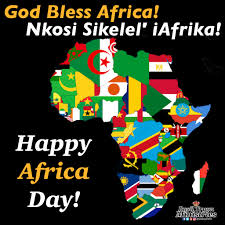 As always, I love you friends. Until the time comes for us to convene one last time this Summer, feel free to reach out anytime. As the world opens back up and we all crawl out of our hovels to live amidst an "endemic level" virus, I wish you strength and courage through all of life's travails.

We shall always have football. Long live football! 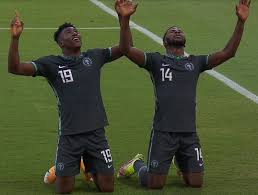 All bets are off for the Final. Those -Ms still hoping to get a wager in can still check in with a bet on the third-place-playoff. Bookie tips hosts Cameroon to salvage some pride with a plus-one over Burkina Faso. As to the question of who will hoist the grand trophy.... 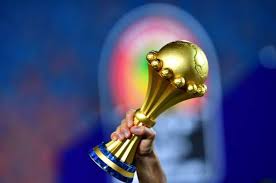 It's a fairly straightforward pick. The Lions of Teranga appear to be peaking at precisely the right time. Egypt, by contrast, are coming off three consecutive 120-minute matches and looked very limp against Cameroon during open play in the last match.

Looks as if we'll get still more mileage out of that famous Aliou Cissé photo from the 2018 World Cup. We conclude just as we did when covering this competition's last edition back in the Summer of 2019. The same pick. The same entreaty. This time the trophy should return to the sub-Saharan portion of the continent. 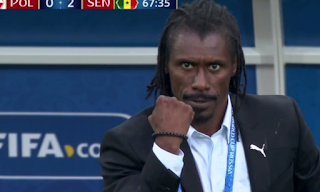 Enjoy living your life. Enjoy it for its own sake. Dance to the music. Appreciate the painting. Delve deeper into that novel. Make laughter and love as often as you can. Live lionhearted or don’t bother living at all.

We’ll meet again. The Syndicate will return. For the time being……

“Go kick a ball with a stranger”

Seriously…go kick a ball with a stranger.

Posted by Shadow Scholar Syndicate at 5:53 AM