An interesting piece of mail trickled in from 23-M; one contained a legitimate query for the bookie.

Where was the coverage of stadium crush last time?

Fair enough. Perhaps it was unfair to lead with the story of a military coup instead..

....or maybe one heinous tragedy was about all the bookie could stomach in a blog that--for all its emphasis on life's darker aspects--does strive to strike a lighter tone. 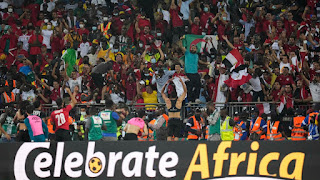 Here we go again. Once again the realities of mortality intrude upon what was meant to be a joyous occasion. At the risk of sounding redundant from the last post, African football lovers remain accustomed to such dualities. Elation and empathy can and are experienced almost concurrently.

Football lovers in general remain intimately familiar with the phenomenon of "crowd crushes". Ibrox. Hillsborough. Piazza San Carlo. Though it had nothing to do with football, a German writer might as well through in Duisburg 2010. That one still smarts. Lives lost needlessly.

Christian Eriksen's scare at the Euros--while uniquely horrifying in its own right--didn't force us football lovers to explain what we exalt so high still manages to directly produce such terrible outcomes. 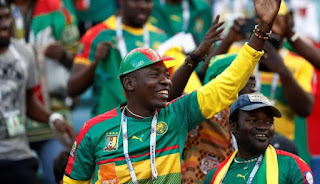 What can the bookie say that he hasn't already over the years in the pages of this sportsbook? To seek out nothing more than comfort and stability in life is a fool's errand. Terrifying truths must be faced daily. They must be confronted and processed.

Those who shy away from pressure, pain, and hurt will ultimately wither. Those who endure despite them have much to offer. Many who love the beautiful game actually do not treat it as a comfort blanket or some sort of hollow escapism.

Football resembles more of a hard dose of the best and worst of our species; it does so from the rampant hooliganism of Europe to the tragedies experienced on the "mother continent." It is not perfect. Not by a long shot. Neither is life. That's no excuse for not at least trying to live it to the fullest extent possible. 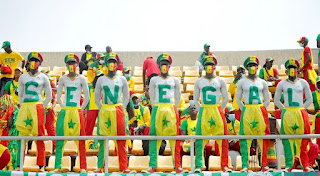 Each individual possesses the capability to add their portion of color to the world. A world in which these seven gentlemen didn't join forces to collectively augment their joint contribution isn't much of a world at all, at least not in the opinion of this chronicler.

Onwards we march, brothers. Let's do the semis!

Such a pleasant surprise to be proven wrong about my favored Burkinabés. Way to avenge the "Super Eagles", mates. Without Bertrand Traoré in the starting lineup, Kamou Malo's Stallions went ahead and slew the North African giants anyway! 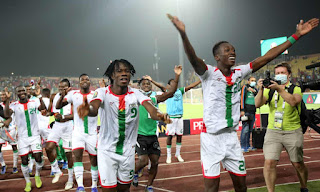 Straight to the stands outside the Roumdé Adija track!

When it comes to handicapping this match, the key question comes down to whether Senegal's 3-1 win over the Equatoguineans constitutes a genuine "awakening". Are Aliou Cissé's Terangans finally on track after bursting through those knots?

It is true that they were kind enough to equal their total tournament goal-haul in a single match. The performance nevertheless didn't inspire a great deal of confidence. The final two tallies came late-on. Despite offering virtually zilch in terms of an attack, the Equatorial Thunder were permitted to operate on equal terms.

Oh well. A confidence boosting win shifts the calculus irrespective of how it's obtained. 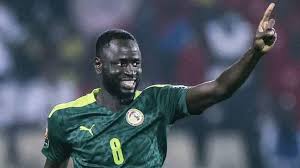 It's a monster match anyway one cares to look at it. Difficult to fathom that these two teams haven't met at this level since the 2000 tournament group stages. They just kept missing one another in the elimination brackets.

On paper there isn't much separating them. That's why your friendly bookie can afford to go with something of a sentimental hunch. The Burkinabé have defied so many odds already during this competition. 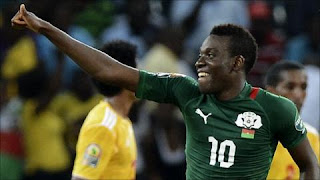 Reminds one of that 2013 squad. Nostalgia should obviously never drive logic.....but it's my goddamned sportsbook and my wallet on the line. May the blessed spirits of Alain Traoré and Jonathan Pitroipa guide you, Stallions.

One of our quarterfinal Cinderellas proved no match for the mighty hosts. Even if Karl Toko Ekambi's brace had to wait for the second 45, the ultimate outcome of the fixture never appeared to be in much doubt. We all knew what was coming. 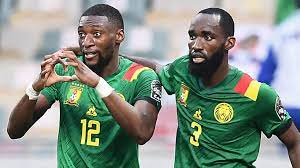 It's certainly been something of a soft path through the knockouts for the Indomitables. Comoros and Gambia. One can indeed make the case that the tournament starts haven't faced a true test apart from the opening group stage match against the Burkinabé.

They've got one now. 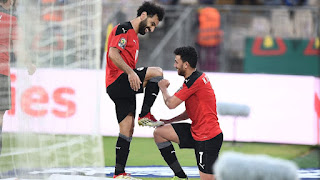 Words can't adequately describe how incredibly awesome it is to watch Mo' Salah have the privilege of contest an international fully fit and in form. One goal and one assist for the legend in the 2-1 victory over the Atlas Lions.

Carlos Queiroz's ramshackle 4-3-3 continues to confound as much as it disappoints. The Pharaohs frequent frustrate in that they are choppy and barely functional. That naturally matters not when one actor proves capable of picking up an entire team on shoulders.

Salah managed that on Sunday. He could absolutely do it again. Christ does this count as a tough tip. Anything can happen in this emotionally charged rematch of the 2017 Final in Libreville. 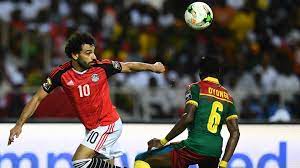 Vincent Aboubakar can absolutely do it again too. He's in even more absurdly good form than he was in that competition. The two titans from five years ago square off yet again. Do excuse the bookie for getting goosebumps. 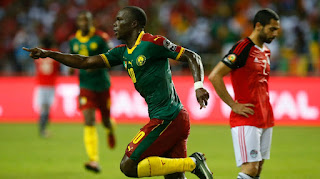 Who shall be the hero this time? In the end, we'll have to tip West Africans on the basis of more weapons. Clinton N'Jie, Christian Bassogog, Stéphane Bahoken, or even our German lads Pierre-Kunde Malong and Eric Maxim Choupo-Moting might have something to say in this, their swan song for country.