The football rolls on down on the "mother continent"!

Bookie doesn't care to gloat over the precise tip on the Senegal-Malawi or Ethiopia-Burkina Faso draw.

No sir. Ghana's eliminations today hurts far too much.

Ouch. Fresh wounds. May we all observe a moment of silence for the beloved Black Stars before checking in on the bookmaker's stats.

Sigh. Not enough time to do the "S.S.S. Salute to Fallen Comrades" in this chapter. We can still pay tribute to those who have left us visually before getting to round three prospects for the second half of this field.

Everyone Chill out. I have the jerseys on order. 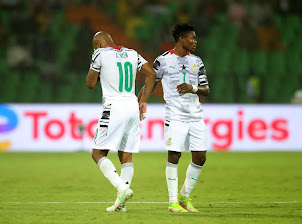 We shall miss you, Black Stars. Not that it's any consolation, but many of the syndicate -Ms shall soon be doning your incredible awesome tricots in the near future. Though the kits of this tourney may forever be associated with failure for you, others will proudly represent your proud and beautiful country well into the future.

Unbelievable that they managed to score two goals shorthanded! At least Daniel-Kofi Kyereh will be headed back to St. Pauli early....even if they're not doing half bad without him at the moment. Head held high, Junge! 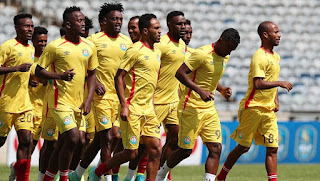 How about those Ethiopian Walias giving their fans something to cheer about with that hard fought draw on the last day? After nine years away from AFCON, our East Africans made certain to go out on a high not. 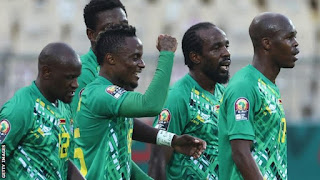 Apropos going out on a high note, the Warriors of Zimbabwe ended a 16-year-long drought within a win at the AFCON. No one saw the 2-1 defeat of Guinea coming. 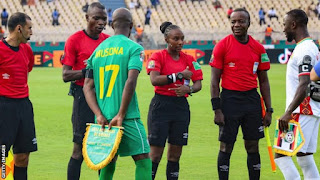 Bookie is so pleases Salima could serve as our guests for the dissemination of these Lines.

Our beloved Super Eagles may be tempted to pump the brakes a bit here as they are assured of first place in the Group following the win over Egypt in round one. Ahem. Otherwise known as the result of the tourney that sent us all into wild convulsions.
Snatching a point off the group leaders won't be good enough for the Djurtus, so expect a rigorous fight from Guinea Bissau in their showdown with Nigeria. The Egyptians certainly have their backs up against the wall. In the bookie's estimation, the Pharaohs will pull through. 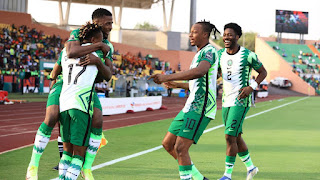 Everyone chill out. The Nigerian jerseys are on order.
Guinea-Bissau vs. Nigeria

Even the Super Eagle "B-squad" probably packs enough punch to eke out a victory against a team that hasn't really looked like they could score a goal thus far in this competition. I still think Guinea-Bissau have some sleeping giants in their team and that we'll get another draw here.
Be advised that this match may not have much entertainment value in it if (as predicted), Eguavoen & Co. are mostly thinking ahead to their next challenge. You nevertheless might want to tune in to watch the Nigerian fan section. 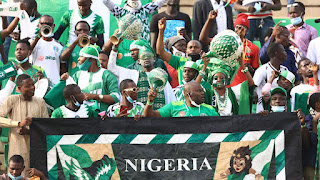 Everyone CHILL OUT! I told you that the jerseys were ON ORDER!
THE LINE: Pick em'
Egypt vs. Sudan

Mohammed Salah has officially opened his AFCON goalscoring account. That may be the most pertinent piece of information in this entire post. The Jediane Falcons--surely demoralized after their drubbing at Nigerian hands--will make mistakes. Queiroz's Pharaohs will pounce.
The Egyptian slow start shouldn't really trouble anyone. They just needed a little time to adjust to some of the European club player plug-ins. We could see them win big here in what counts as a momentous tie for the continent's record champions.
THE LINE: Egypt +2 Goals
Initial Group Projection (1/7/2022)

Egypt will be fine. Trust the bookie on that one. The real North African program facing a humiliating elimination is the Fennecs. Christ, what the hell happened to Algeria? They had a two-year undefeated streak entering this competition. Moreover, they were perfectly set up in this group with the two weaker opponents set up first.
The Desert Foxes have cause to feel hard done by after the loss to Equatorial Guinea. Djamel Belmadi's men were the better team for long stretches of that game. All the same, the bookie is going to go for the sensation in this group. Just as we hoped, one of the bottom ranked teams is going to squeeze through. 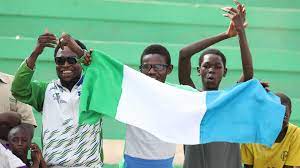 Brace yourself, gentlemen. The "Leone Stars" have what it takes to punch through.
Up with the returnees!
Cote d'Ivoire vs. Algeria

On behalf of Bundesliga lovers everywhere, do allow this Kraut to send his sincerest apologies to the Elephant enthusiasts out there. No one could have foreseen that fuck-up from Odilon Kossounou. That should have been the round-of-16 clinch right there. Sorry.
Alas, there is no need to fret. This incarnation of the Tuskers remains very good. The bookie isn't at all concerned about keeper Badra Ali Sangaré being out. If we've learned anything from this tournament, it's that teams respond well to their first-choice keepers and even captains being out....at least better than they do in the Bundesliga.
Sebastian Haller, Wilfried Zaha, Nicolas Pépé. Serge Aurier,  Serey Dié, and even Max Gradel all look to be on the level. Everyone's fit and in form for this monster match. All shall be well.
THE LINE: Cote d'Ivoire +1 Goal
Sierra Leone vs. Equatorial Guinea

Here's where it gets really fun. Flush after their win over the defending champions, the Equatoguinean National Thunder will surely like their chances here. The bookie, however, likes how the Leone Stars are put together better.
In both the opening match against Algeria and the (admittedly flukish) draw against Cote d'Ivoire, Sierra Leone have shown the bookie something. Tough to put a finger on what it is exactly. They've just got this "fighting little guy" spirit about them.
Maybe it's head-coach John Keister, who can't be more than 5'8''. 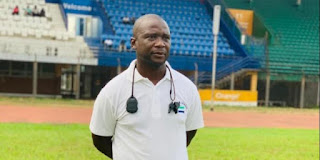 He won't be getting any more death threats about his team selection once they finish second in this group.
Onwards, lads!
UPSET ALERT!
THE LINE: Sierra Leone +1 Goal
Initial Group Projection (1/7/2022)

Our final group enters this final group stage matchday in the most ridiculous of constellations. The highly touted Scorpions of "The" Gambia are leading the pack! This assemblage has gone haywire. Gambia, Tunisia, and Mali all vie for top spot on the most fitting end to group stage play we could possibly hope for. 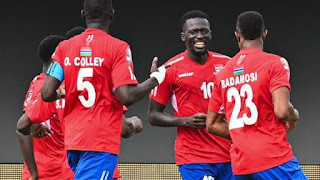 It might be possible for them. They've surprised us twice before. All that's needed is a draw against....well...the team that the bookie picked to win it all, who are themselves flying pretty high following that 4-0 dismantling of Mauritania. Oops.
The good news is that the Scorpions can still qualify for the knockouts even if the Tunisians snatch all three points. Four points are already good enough for the round-of-16. It's just a shame that we won't see another total flip.
Gambia vs. Tunisia

Yes. The "Eagles of Carthage" are good and angry after that officiating slight in the first round. Wahbi Khazri in particular looks like he's possessed with the fervor. In third place on only three points, they won't be in a mood to let up either.
It's a fairly straightforward pick.
THE LINE: Tunisia +2 Goals
Mali vs. Mauritania

We shall see if the Lions of Chinguetti can muster up the resources to salvage some pride. They'll find it difficult against the Traoré triplicate. Les Aigles have their own bits of catch up work to do after the tepid 1-1 draw with Gambia. 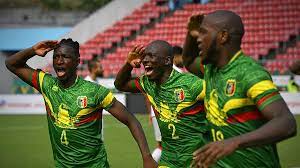 Everyone CHILL OUT! I've got the jerseys ON ORDER.
You won't miss out. They'll be in your mailbox soon.
THE LINE: Mali +2 Goals
Initial Group Projection (1/7/2022)