Harumph. Well then, -Ms. We're definitely in for a much shorter daily tonight. 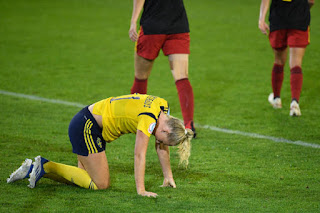 What we had today simply wasn't a quality football match; probably the first real stinker of the tournament thus far. Not much even a well rehearsed football apologist such as your friendly bookie can do to put a positive spin on this one. Thank goodness we were spared the agony of extra time with Linda Sembrandt's late winner. 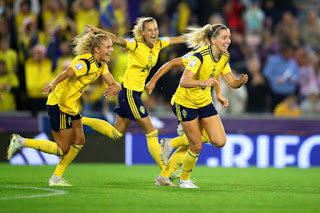 This being the knockout stage of an an international tourney means we still got some nice scenes afterwards. That's about the only positive one can take away. Though they were robbed of an early momentum-building goal via a VAR mess up, Sweden were downright terrible tonight.

Thirty attempts on goal. Maybe two of them worth mentioning.

Er.....can the bookie revoke all the praise he recently heaped on Swedish trainer Peter Gerhardsson right off the top this evening? I mean, it's not as if he did something unforgivable. Bookie will even include the decision to hold off on introducing a sub into the 84th minute in that statement.

The match could have gone to extra time. It was wise enough to hold off. The fact of the matter remains that this did not look a well-coached team. It really must go back to basics on the training pitch.

Two COVID-enforced changes from the last match meant that Gerhardsson lost both his fullbacks. Amanda Ilestedt out wide right to take over for Hanna Glas. Amanda Nilden started in place of Jonna Andersson. Linda Sembrandt took over Illestedt in the center-halve role. Defensively, there were no major issues.

A pair of new actors working wide in the back-four can sometimes constitute an excuse for the attack not having the requisite acceleration and pep. Bookie nevertheless can't but that argument as the builds remained fairly solid in the opening 20 minutes.

They didn't have trouble adjusting initially. They just seemed to forget after the disallowed goal and throughout virtually the entire second-half. This affair really flattened out, with the Swedish players taking  embarrassingly way too much time on the ball. 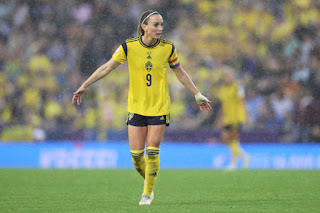 I remained a big fan of the captain's performance during the promising opening phase. She conducted the approach play brilliantly, sent in dynamite services to her teammates, and even did some of that trademark dance dribbling that makes us all so fond of her.

Man, did she ever tank along with the rest of the crew as the rest of the match wore on. By the time we got to the final quarter-of-an-hour, Asllani was taking ridiculously unnecessary touches and firing efforts directly into Belgium defenders. It was all a gigantic eyesore.

Much could be made--just like last time--of the performance of Belgium keeper Nicky Evrard. A couple of nice stops from point blank range from her. The fact that the Swedes were often the lobbing the ball straight to her.  We'll have to get straight to the grades here.

I can't even give the scorer of the game-winning-goal decent marks here. It was all too plodding and slow from her out of the back. Arghh. Never thought I'd cross one of those indefensible matches in this tourney. Apart from the (falsely) disallowed goal and Angedahl's hit off the bar none of those 30 attempts on target were especially menacing. Not convincing football at all.

Congrats on the semis to the Blaugults. 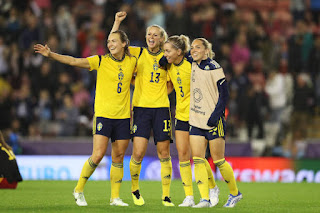 A win is a win and that's all that matters. Best just too forget this display and move on. I definitely wouldn't write them off as English cannon fodder in the semis. The pre-selected tournament favorites can play much, much better than this. For reasons I can't seem to ascertain, they didn't bring it on this day.

Note that the bookie will be invoking German name spelling privileges on them for the rest of the tournament. No sense torturing myself trying to figure out how they want their names anglicized if they're going to furnish us with crap like this.

If they won't try, why should I? 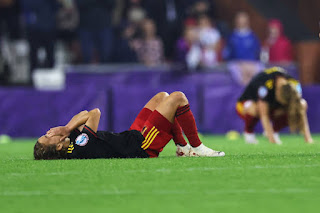 Afraid they bookie will have to call a spade a spade here as well. There's no polite way to label this display. The underdogs produced almost nothing of note themselves. It was total junk.

Few gave them a chance of getting here. That's no excuse for playing as if one felt one didn't deserve to be here.Trainer Ives Serneels didn't help out much by reverting back to his narrow shell.

One could feel this not functioning offensively as soon as the team sheet was released. As hard as it can be to chastise a gaffer for not wanting to take too many risks, Serneels went ahead and took the life out of this tournament with this. Try something for efff's sake.

Just not a team that deserved to go to extra time in any shape or fashion. De Caigny drove me absolutely nuts with some of her touches inside the box when they did get a couple of counter chances. Wullaert seemed to misunderstand the purpose of of holding the ball up. 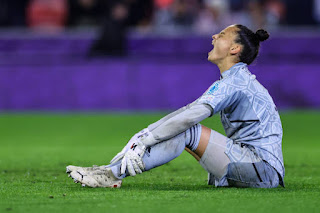 As heartbroken as Evrard may be that she conceded that late goal, she might take some consolation that she wouldn't have gotten the woman-of-the-match award if we went 120 minutes. Now more people know who she is after this competition. Perhaps she can give up the bouncy castle side hustle after this.

“Riffs of the Day”—Day Sixteen

Reader: How was that Blackstenius goal disallowed, Vicey?

Vicey: I don't know, 11-M. UEFA won't provide us with the official feed. Terrible day for VAR proponents. It could get even worse in the coming World Cup. There's no such thing as a soft-ware program without glitches. Just give them the damned goal if it's deserved!

Reader: Can you really defend women's football while watching this display?

Vicey: Your friendly bookie often can't defend men's football when we get matches like this, 96-M. I will say that, combing back over the Euros we covered last summer, there were actually much more bonafide crap games at this point.

It happens, though I'll admit that it's so damned frustrating to watch it happen in a quarterfinal that I'm about ready to hurl. Absolute last thing we needed when everything was rolling along so well.

Vicey: Bwahahahahaha. We'll give 23-M the zing there.

Reader: This is basically Andorra versus the Faroe Islands.

Vicey: 33-M gets a zing there as well. I also would have accepted Ukraine-Switzerland.

Reader: Thank goodness only 7,000 people paid to see this.

Vicey: 19-M and I are both embarrassed. 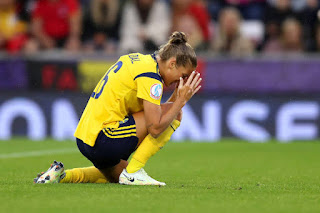 Perhaps still not as embarrassed as Filipa Angedahl should be.

Tomorrow will be better, mates. You know that much based on the action rolling in. We're down to a pick for a much more exciting affair. Let's put this one behind us. It'll all get better.

THE LINE: Pick em' (rolling and flipping from Netherlands+1)